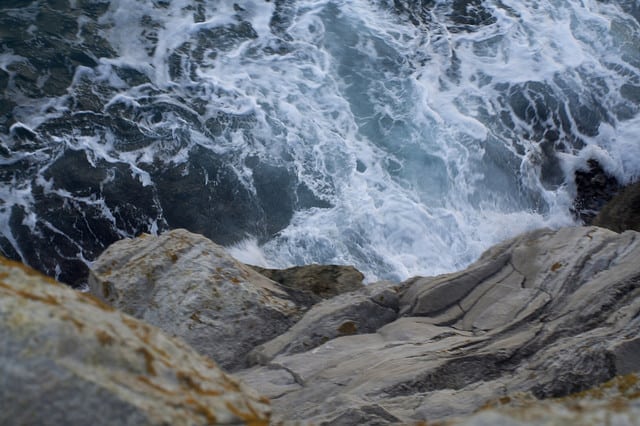 On the 20th October 2015 the EMODnet Open Conference “Consolidating the Foundations, Building the Future” was held at the Grote Post in Oostende, Belgium, gathering more than 300 participants. The event aimed at reinforcing the foundations and considering avenues for the further development of an open, user‐friendly and fit‐ For‐Purpose pan-European Marine data infrastructure.

Blue Growth and Blue Economy have been at the centre of the debate. In his welcoming speech, MEP João Ferreira reiterated the attention of the European Parliament for establishing a sustainable blue economy. It is estimated that between 3 and 5 % of the EU’s GDP comes from the overall maritime sector, which employs around 5,6 million people and generates EUR 495 billion for the European economy. Therefore a more comprehensive approach is necessary, taking into account all sectoral and inter-sectoral activities. In this process, marine data access and availability become crucial issues. There is a serious lack of data concerning our seas and oceans. The European Marine Observation and Data Network EMODnet responds to this problem by compiling and distributing marine data bundled in 7 different themes. The data are accessible from one single platform (the EMODnet portals), and are harmonized and interoperable.

EMODnet-Geology currently includes 36 organizations providing data, most of which are National Geological Surveys. During the second phase of EMODnet, which ends in October 2016, the benefits of the portal have been proven with concrete applications in Marine Spatial Planning. Mr Alan Stevenson, leader of EMODnet-Geology and co-Chair of EuroGeoSurveys Marine Geology Expert Group, presented one example. For the first Regional Plan for the Trade and Sea Area in Finland, drawn up by the Regional Council of Kymenlaakso for the Baltic Sea, Finnish marine geologists interacted with planners in order to evaluate what kind of environmental data is of practical relevance for spatial planning, what is available and what is missing. EMODnet-Geology Seabed Substrate data is one of the datasets that the Geological Survey of Finland (GTK) provided for the planners. Therefore acting as the basis for Marine Spatial Plans and a useful tool for policy makers. The plan includes e.g. ”Valuable submarine geological features” and ”Very important areas of bio-and geodiversity”.

As this specific case shows, cooperation is essential to make scientific data on sea areas more easily available and understandable to spatial planners and improve the interplay between science and planning officials.

The Breakout Sessions that took place during the Conference provided the opportunity for participants to discuss and interact, providing the EMODnet communities with feedback on future priorities and goals. Some valuable points that emerged were: the need for a deeper involvement of EMODnet users in the definition of the core products, but also the need for promotion of the added value of the Network, especially in relation to policy, as future evolutions depend also on political visibility.

As concluded by MEP Ricardo Serrão Santos, blue growth and jobs creation should be fostered by sound decision making, and this must rely on the best available scientific knowledge.