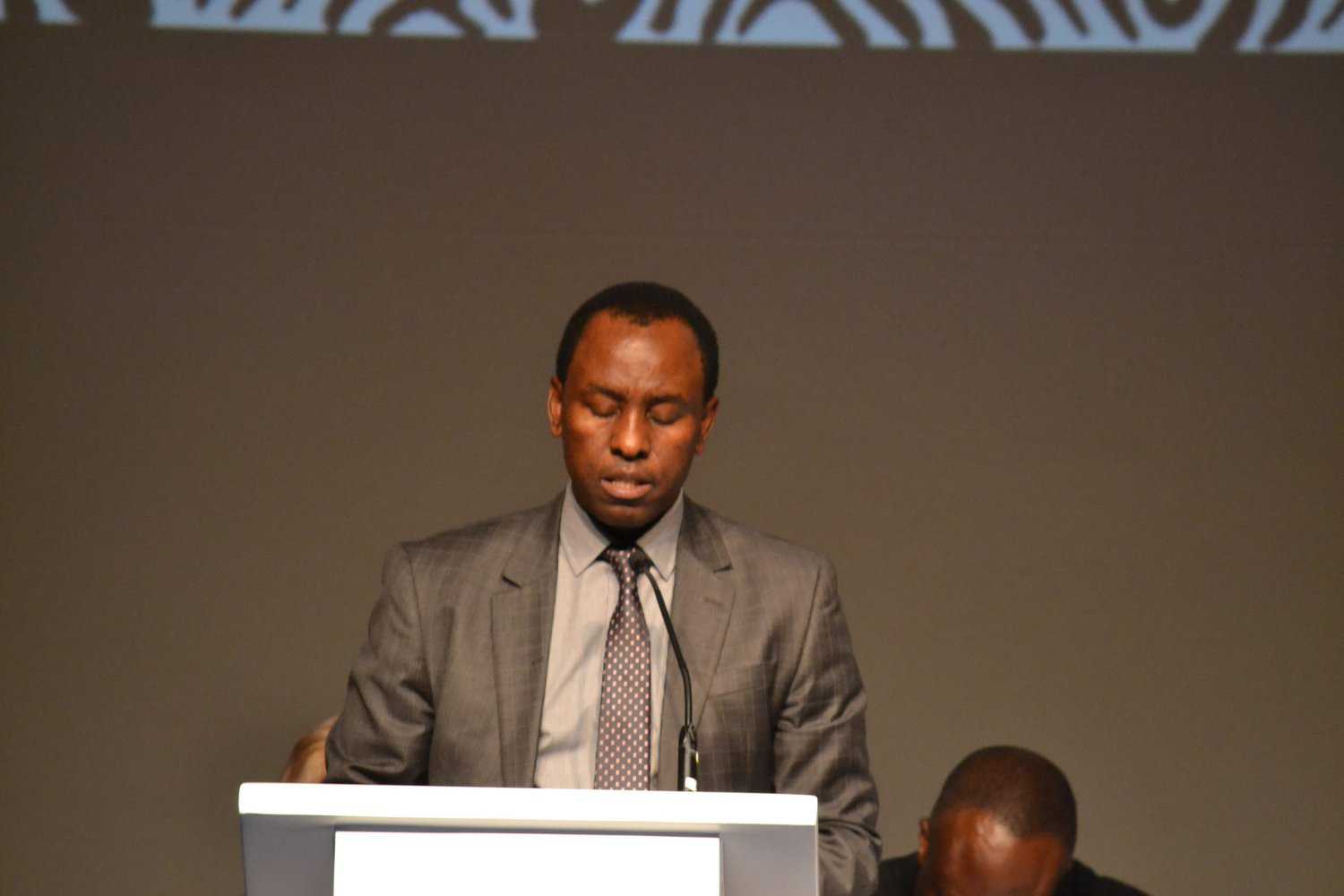 The Geoscientific Knowledge and Skills in African Geological Surveys (PanAfGeo) Project, presented last 29th August in Cape Town, South Africa, during the 35th International Geological Congress (IGC35), has attracted more than 200 participants, mainly from African Countries. The project’s aim, in fact, is to organise a series of effective and impacting trainings for the staff of the African geological administrations in the field of remote sensing and geoscientific mapping, mineral resources assessment, environmental management of mines, artisanal and small-scale mining, geoscience information management, geohazards monitoring and geoheritage valorization.

Mr. Mosebenzi Joseph Zwane, Minister of Mineral Resources of the Republic of South Africa, opened the symposium, highlighting the full support of his ministry for such initiative. Stronger administrations, means more and better information, less bureaucracy and more transparency in the administrative steps, that translates into more investment attractiveness. Also raw materials trade is important, as countries would benefit of the synergies and commerce with relatively wealthy neighbouring ones.

A similarly strong same support came from Mr Frank Mugyenyi, Senior Industry Advisor to African Union Commissioner Acyl, who sees in the Organisation of African Geological Surveys an ideal partner for developing more conscious decision making procedures, in terms of economic and infrastructure development, and encourage entrepreneurial activities.
Mr Verbruggen, President of EuroGeoSurveys, expressed satisfaction for having reached this milestone, after so many months of joint effort, but reminded that the real challenge is starting now and that huge expectations lie behind this project. However the premises are great, especially because a good start is half the job.

The PanAfGeo Project, financed by the Pan-African Programme of the EU’s Development Cooperation Instrument, will run for an initial period of 3 years. The consortium that will carry out the project is composed of several African and European Geological Surveys, operating under the respective umbrellas of the Organisation of African Geological Surveys (OAGS) and EGS, and will be coordinated by the Bureau de Recherches Géologiques et Minières (BRGM) in close cooperation with EGS and OAGS. 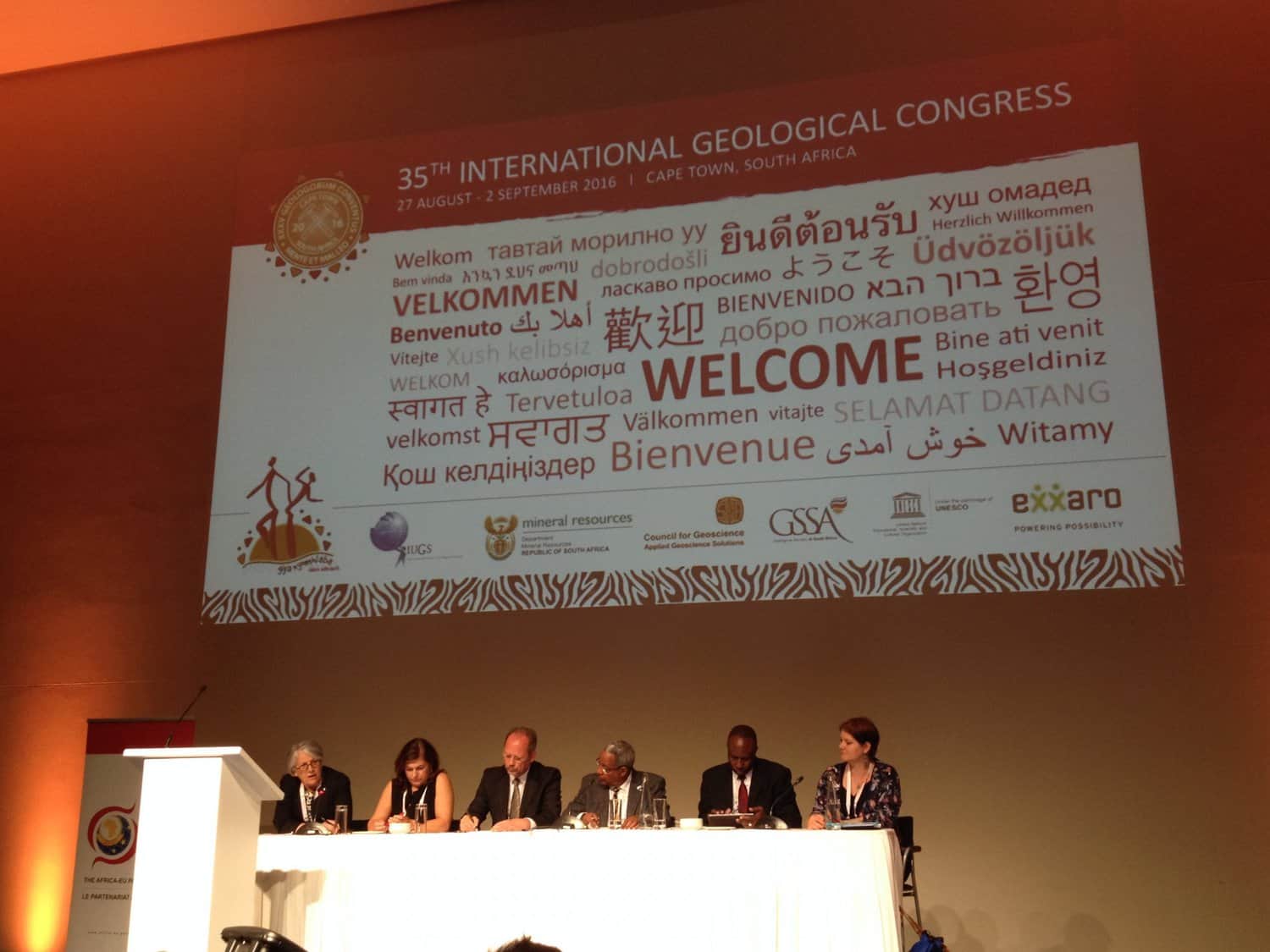 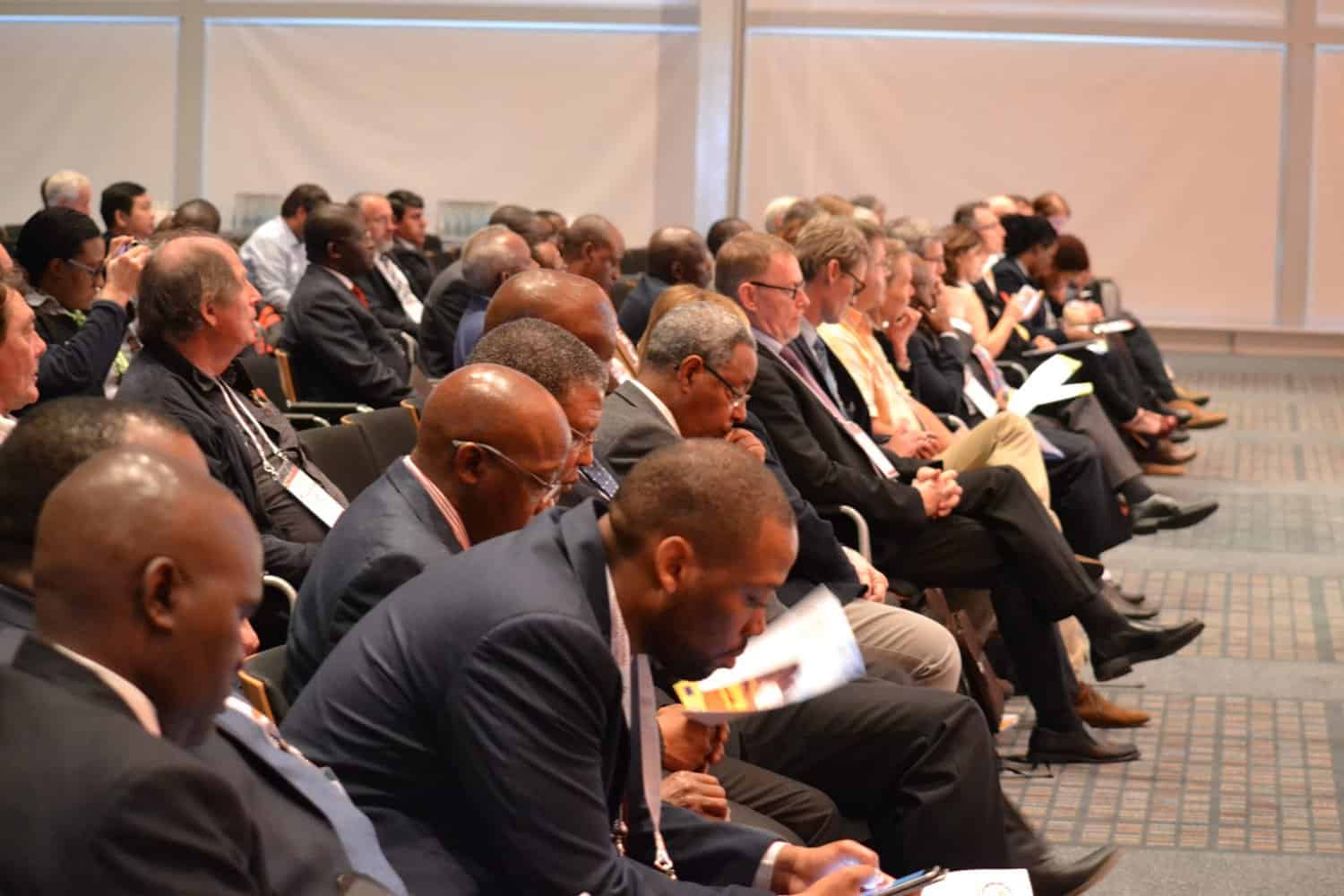 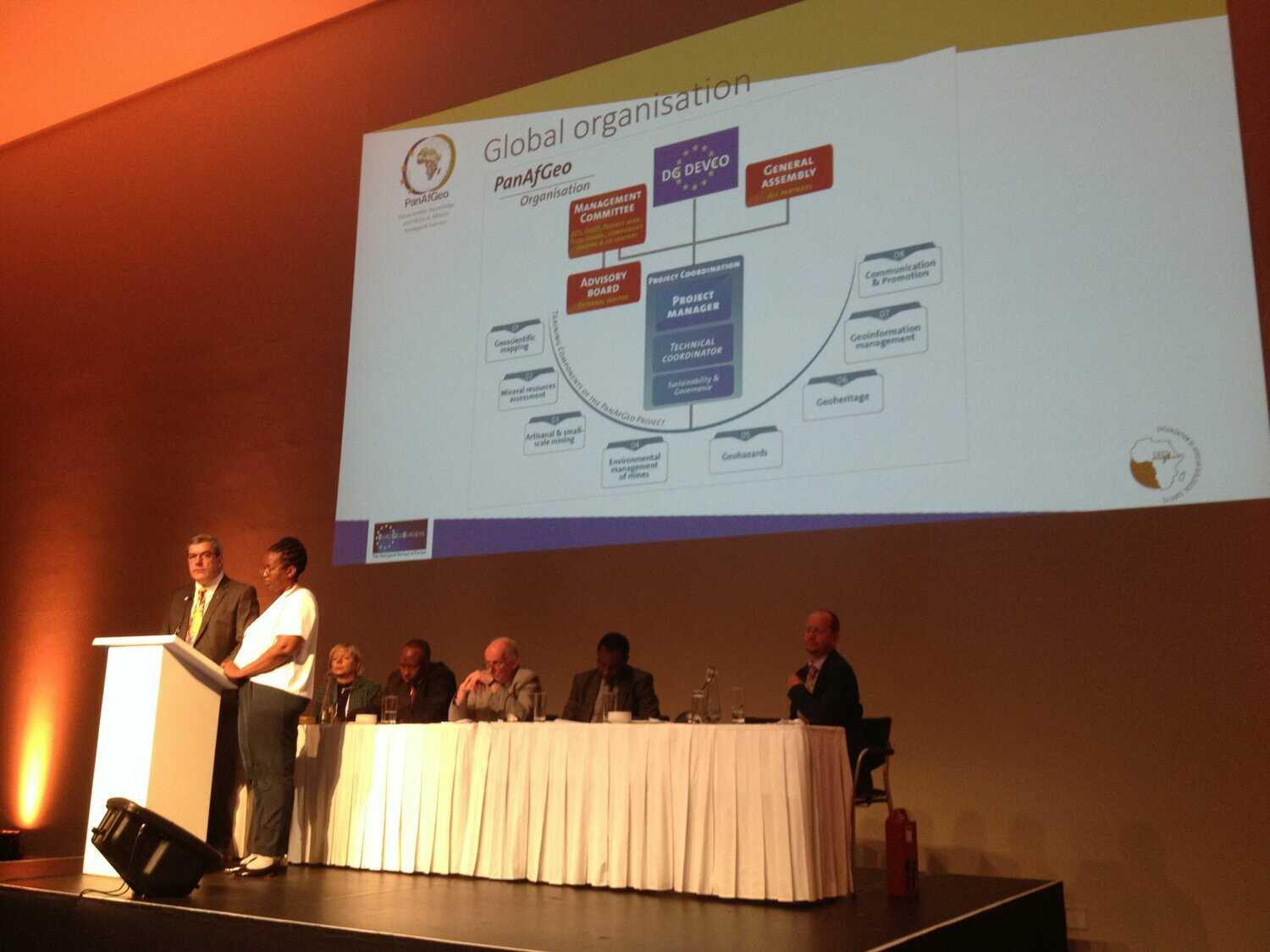 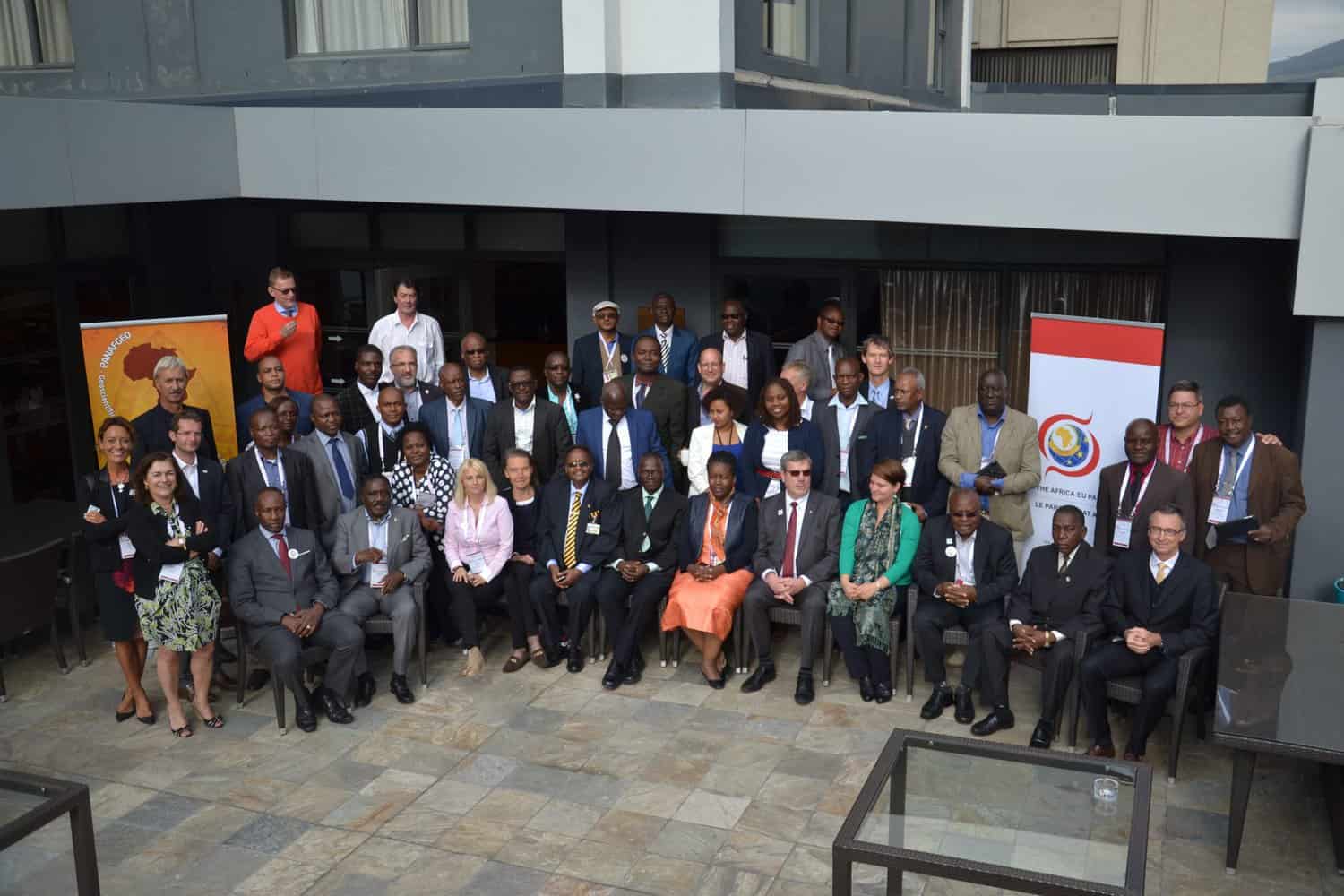