The Marine Geology Expert Group delivers high-quality information about the seabed and its subsurface. This information is used as a baseline for scientific research and for sound, knowledge-based decision-making and informs the general public on the state of our marine environment.

Approximately two-thirds of the Earth’s surface is covered by water. In line with this, Europe’s seas total about fifteen million square kilometres, fifty percent more than its land area. Given the high cost of collecting marine data, it comes as no surprise that only a fraction of the ocean floor has been surveyed. From trenches that are more than five kilometres deep to coastal waters with intermittently dry intertidal margins, vast areas still need to be explored.

Both spatially and thematically, there are enormous gaps in accessible information. Filling these gaps is essential because the marine environment is becoming ever more valuable as a resource. Aside from enabling or supporting traditional activities like fishing, global trade, hydrocarbon extraction and sand mining, it provides valuable space for giant windfarms that are controversial onshore. The seabed is also home to some of the largest reserves of metals and rare-earth elements used in solar panels and wind turbines. Mining these with as little impact as possible is a significant challenge.

Marine geological data is instrumental in preventing or mitigating pollution and in shedding light on the likelihood of potential geohazards such as submarine volcanic eruptions, storm surges, and earthquake- and landslide-related tsunamis. They matter not only in the highly dynamic coastal zone, where onshore and offshore human activities put enormous pressure on the environment, but also in deep oceans, far away from where we live.

In search of suitable sites for competing activities such as aquaculture, fisheries, renewable energy, and oil and gas infrastructure, the MGEG helps to strike a balance between socio-economic and marine environmental interests. Unfortunately, the sustainability of human actions cannot always be guaranteed. Some essential resources are finite on the human timescale, regardless of how we exploit them. Equally importantly, unwanted local effects of measures for the common good may have to be accepted when alternatives elsewhere are worse or unavailable. Least-impact management and use, the next-best option, is only possible when geologists, marine biologists, oceanographers, hydrographers, physicists, chemists, archaeologists and social scientists work together.

Interrelationships between biotic and abiotic environmental parameters are especially important. Once they are identified and quantified, we can use better-known characteristics to model or map attributes for which we have less knowledge. High-precision bathymetry, for example, is an increasingly accurate predictor of seabed substrate. Seabed substrate, strongly connected to ecology, can be used to assess habitat suitability where insufficient biological data is available.

Harmonisation is key to the work of the MGEG. The sea and its processes stop neither at the horizon nor at country borders. We take a common approach not only to achieve pan-European understanding and a united vision for Europe’s seas, but also to support legislative instruments like the European Commission’s Marine Strategy Framework Directive.

The MGEG continues to deliver marine geological data and information to support sound commercial and political decision-making. It also provides baseline input for all fundamental and applied science that underpins transnational and pan-European marine spatial use.

The main collaborative focus of the MGEG members is the European Observation and Data network (EMODnet). Since 2009, EMODnet has provided rapid access to reliable and accurate marine information in support of Blue Growth and the Green Deal. The EMODnet Geology project, one of several thematic lots, generates harmonised and freely available offshore data and maps on seabed substrates, seafloor geology, geomorphology, coastal behaviour, geological events and probabilities, hydrocarbons, mineral resources, and submerged landscapes. Its area of coverage is now being extended into non-European waters such as the Caribbean Sea.

Marine geology is not just a field of depth and geographic range, but also a field of diversity. We continue to look both inward, intensifying cooperation with other EuroGeoSurveys expert groups, and outward, further strengthening interdisciplinary collaboration. By joining forces, we will increase our common visibility as core providers of scientific information for the benefit of Europe. 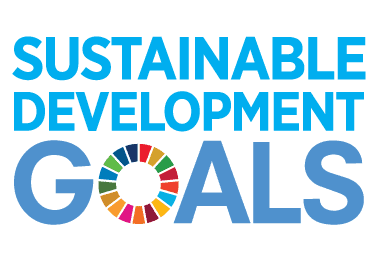