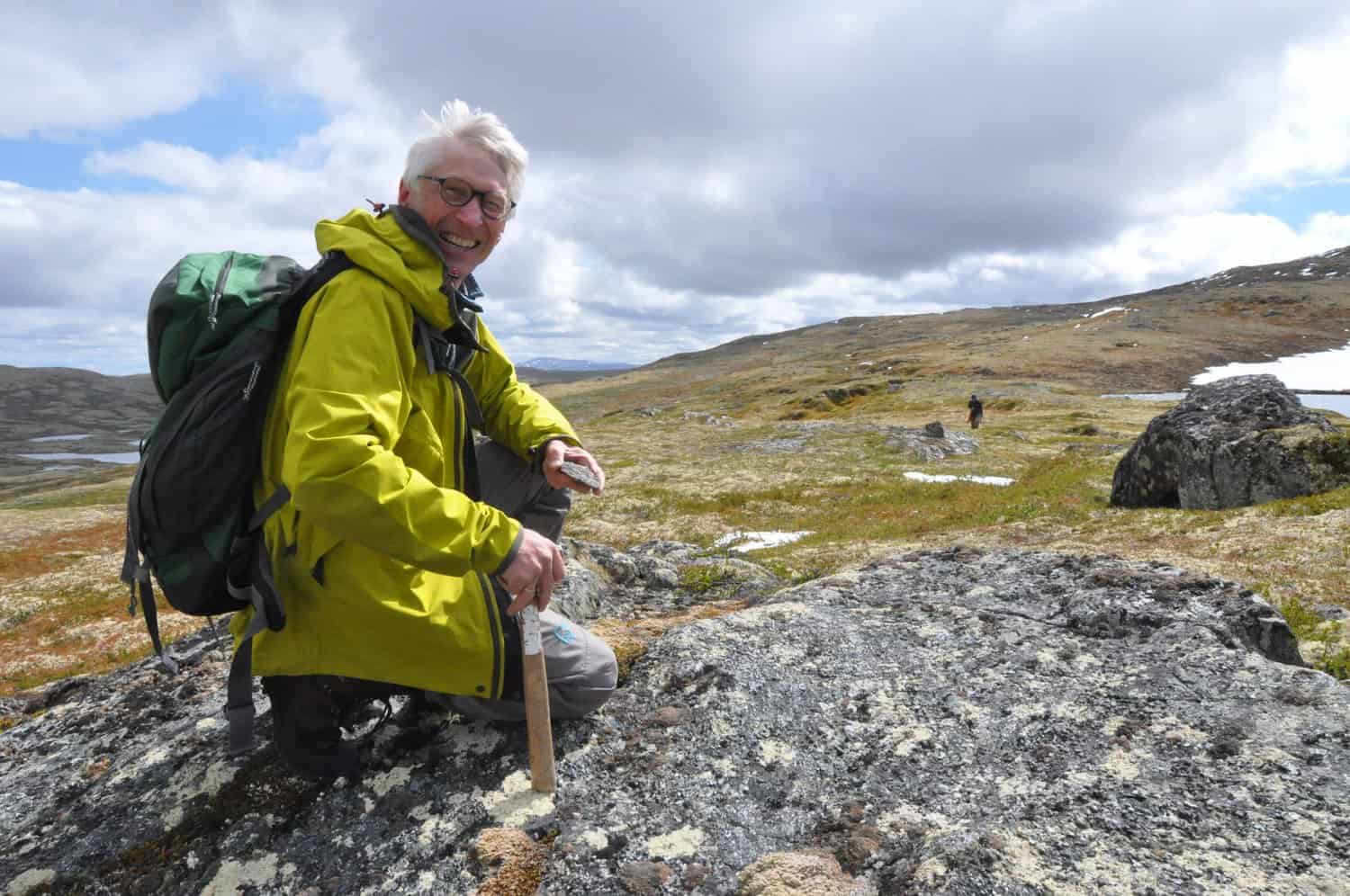 An international team, with the researchers Tor Grenne at the Geological Survey of Norway and John F. Slack from USGS on board, has recently found relics on the world’s oldest known life. These are traces of microscopic organisms that lived at hot springs down on the seabed more than 3770 million years ago. Possibly they can be as old as 4280 million years. By comparison, the age of the earth is around 4600 million years old, and the oldest traces of life on land about 460 million years.

The primitive organisms themselves are not preserved, but they can be traced through thin threads and pipe-like structures in fine-grained iron minerals in the rock. The tiny structures have characteristic shapes and branches that correspond to what we find around metal-rich hot springs on long-term dispersal backs on the seabed today. Here, very special bacteria live by oxidizing iron and turning it into rust, a kind of iron oxide that eventually transforms into hematite.

The researchers have emphasized systematically to investigate whether the findings may stem from non-biological processes, such as temperature and pressure changes in the rocks after they were deposited. The conclusion is that the structures must originate from microorganisms. Another indication is that along with particular structures are graphite, apatite and carbonate, which are typical of converted biological material, as well as instances of small round structures, so-called rosettes and granules, which are formed during the degradation of bacterial residues on the seabed. These are identical to discoveries in younger rocks through much of the geological history of the Earth, including rocks the researchers have studied in North America, Western Australia and Norway. At Løkken in Central Norway there are microscopic wire-shaped traces of bacteria that lived by converting iron to iron oxide by hot springs on the seabed 480 million years ago, similar to what has now been demonstrated in the least 3770 million years old rock species in Canada.

The findings of the Earth’s oldest known life forms are very important for understanding the history of our planet and how life has evolved. The results support previous ideas that microorganisms first established themselves near hot springs related to volcanism on the seabed.

The new discoveries can also help identify life on other planets and in other solar systems. The first lifestyles appeared surprisingly soon after the soil surface had become cold enough for water vapor to condense and form the first seas, a few hundred million years after The solar system came into being. Probably there was life here at a time when Mars still had active volcanism and floating water on the surface. Thus, there may have been simple life forms also on Mars in the early history of the planet, before its interior was cooled, the atmosphere disappeared and the water on the surface froze to ice. Liquid water is considered a basic prerequisite for all life.

In Trappist-1 system, we have recently found evidence of planets the size of our Earth, and at a distance to a sun that is likely to contain liquid water. The surface is neither hot nor too cold. Thus, there may have been “living conditions” shortly after the planets existed and until today. Theoretically, advanced lifestyles have had time to develop and that they still exist.